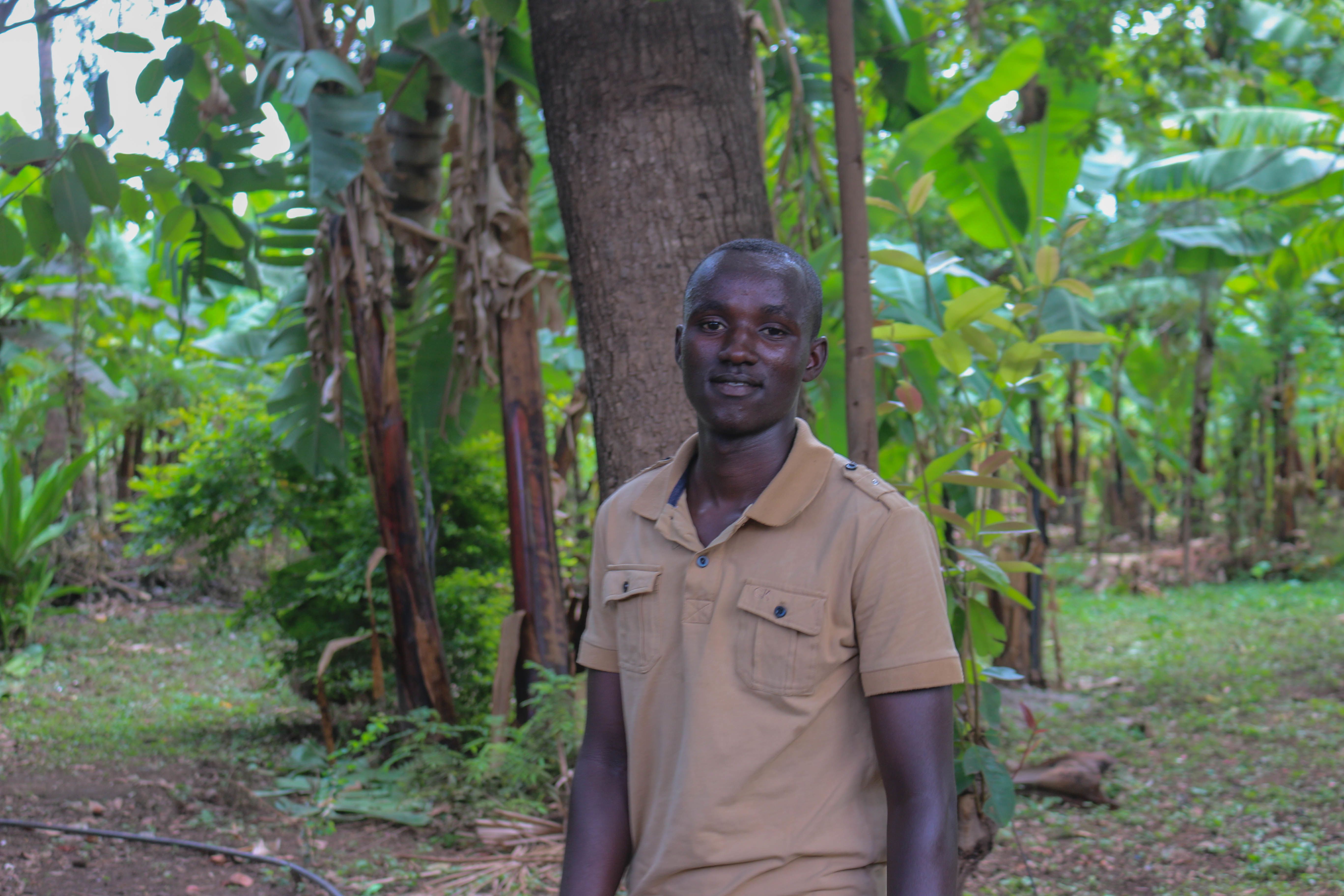 In Tanzania, when students graduate from Form IV in December, a very long wait begins. Form IV students take national exams in November and these test scores determine their futures. Whether a student can continue with his or her education—and at which school—hinges on these results. This year, scores were released by the government in January and every Mungere student passed! But with the Form V school year starting in July, placements for Advanced Level (known as A-Level, which includes Forms V and VI) aren’t announced until May or June.
So what do these students do during the long five month wait to learn what their futures hold? Mungere graduate Barakael Kenedy gives some insight into what Pre-Form V looks like for many young Tanzanians.
20-year-old Barakael is hoping to be accepted into the Physics-Chemistry-Biology (PCB) curriculum so he can study to become a pharmacist. Though he’s nervous about the long road ahead of him—it will take between five and seven years to become a pharmacist, depending on what kind of practice he wants to go into—he says that studying science at Mungere made him realize how much he likes working in a lab. “I like learning about fluid mechanics: the study of water and air and how blood moves around. I love the idea of spending my days in a lab manufacturing medicines.”
Barakael and three of his fellow graduates made a visit to FAME Africa, the hospital in nearby Karatu, to meet with a doctor and nurse and find out what lies ahead of them. “We wanted to find out what classes we will be taking and the preparations we should be making for our schooling,” he said. “They told us ‘you can become a doctor no matter what, but the harder you work, the higher level doctor you can be. There is much less time in A-Level to study, so you need to be patient and to know yourself.'”
To prepare himself and keep his mind fresh during the long break, he has signed up for tutoring. These full-time private lessons give Pre-Form V students the chance to study, ask questions, and practice self-motivation, which is essential for success in A-Level. “Tutoring is so important during this time. Students who don’t go to tutoring come back for Form V and maybe their brain will be tired. When you go back to class you find yourself having a lot to study and limited time. But if you study early, as soon as you graduate, you have a lot of time prepare.”
In tutoring, Barakael has noticed the difference between himself and students from other schools. “My English language is so much better. Most subjects are taught in English and because of what we learned at Mungere, we will understand the concepts better. A lot of the other kids have poor English and it will be difficult for them to keep up.”
He’s also grateful for other skills he learned in O-Level. “At Mungere, I learned how to work in a team. We did a lot of projects together and got help from each other. Now when I go to tutoring, I can work with others instead of being alone."
Barakael is the first in his family to go to secondary school. His mother, father, and seven siblings are all very proud of him for aspiring to become a doctor. “Before I went to Mungere, I thought maybe I could be a soldier instead of a farmer like my family. But I became interested in science and I changed my mind. I felt I could be anything: a doctor or an engineer. Mungere has changed my life because it gave me education that has opened up my mind. I’m thinking outside of the box. I can do many things: I can be a solider or I can be a doctor, but I can also be someone else; I didn’t believe that when I was younger."